Khatije Yunusova is one of the modern Bakhchisarai craftswomen, who is engaged in the revival of the Crimean Tatar embroidery. She was born in 1981 in the city of Yangiyul, Uzbekistan. She began to do needlework at the age of 9. In 2007 she graduated from the University of Economics and Management.

“In the process of embroidery, I am most attracted to the excitement and expectation of what exactly my work will turn out to be like in the end,” says the craftswoman.

On ancient women's headdresses – fez, there can often be found an attached construction “Puskul” (tassel). Khatije is the only master who recreated this element of the national costume. The technology of creation was lost, and she had to restore it using the methods of analysis and experiments.

Much credit goes to such artists as Khatije Yunusova, who is a participant of not only Ukrainian, but also international exhibitions and festivals. Her works can be found in private collections in the USA, UAE, Poland, Romania, Turkey, Russia, Belarus, Uzbekistan and Dagestan. 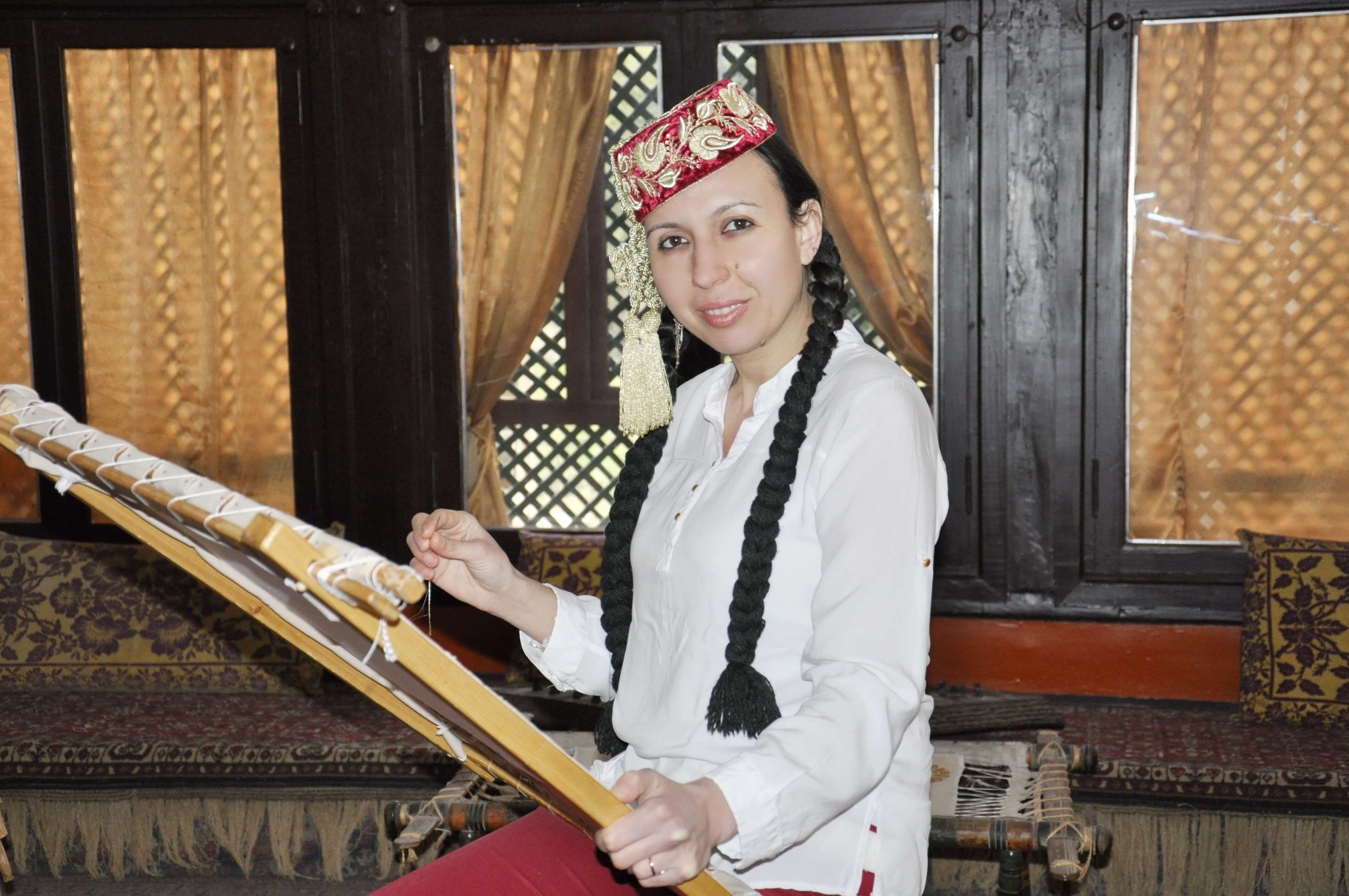