She was born on September 12, 1986, in the city of Jizzakh (Uzbekistan) in the family of an artist and teacher of the Russian language and literature. Madina's grandmother, who was also an artist, taught the girl how to create clothes, draw, sculpt, and also instilled an interest in the past of the Crimean Tatar people.

In 2009 Madina graduated from Crimean Engineering and Pedagogical University with a Master's degree in Modeling and Design of Garments.

After that, for 3,5 years she taught culturology, drawing, fine arts and crafts at a school in Yalta. In 2010 she received a diploma in advanced training. According to Madina, thanks to the knowledge gained at university and her love for art, teaching children to make models and introducing them to artistic work turned out to be a success.

The artist combined teaching and tutoring with creative work. She worked in different techniques and genres, but for a long time, only her family and relatives saw her paintings. In 2018 Madina signed up on social media sites, started posting her works, and people began to learn about her talent.

In 2019 two of her personal exhibitions "Spindle of Time" were held in Simferopol. And in the same year, Madina's paintings were presented at the exhibition of modern Crimean Tatar artists "Spring сolors" in the Crimean Tatar Museum of Cultural and Historical Heritage.

The artist believes: “In each work, the viewer will find their own corner of the native land and remember where their Motherland begins. The diverse panorama of nature will not leave indifferent a person unfamiliar with Crimea."

The sources for Madina's works are antique objects. All still lifes are painted from real objects: sashes, earrings, caskets, scarves, jugs. Some of the items were purchased from antique shops in Istanbul. People give family heirlooms to her to recreate them on canvas, thus, according to Madina, they enrich the culture and preserve the memory of the tragic era for the Crimean Tatar people. The young woman collects information from archival photographs, literary sources and stories told by people who survived the deportation of Crimean Tatars.

Since 2019, Madina has opened three art studios for all ages "Art Resim" in Simferopol, promoting a new style of drawing. 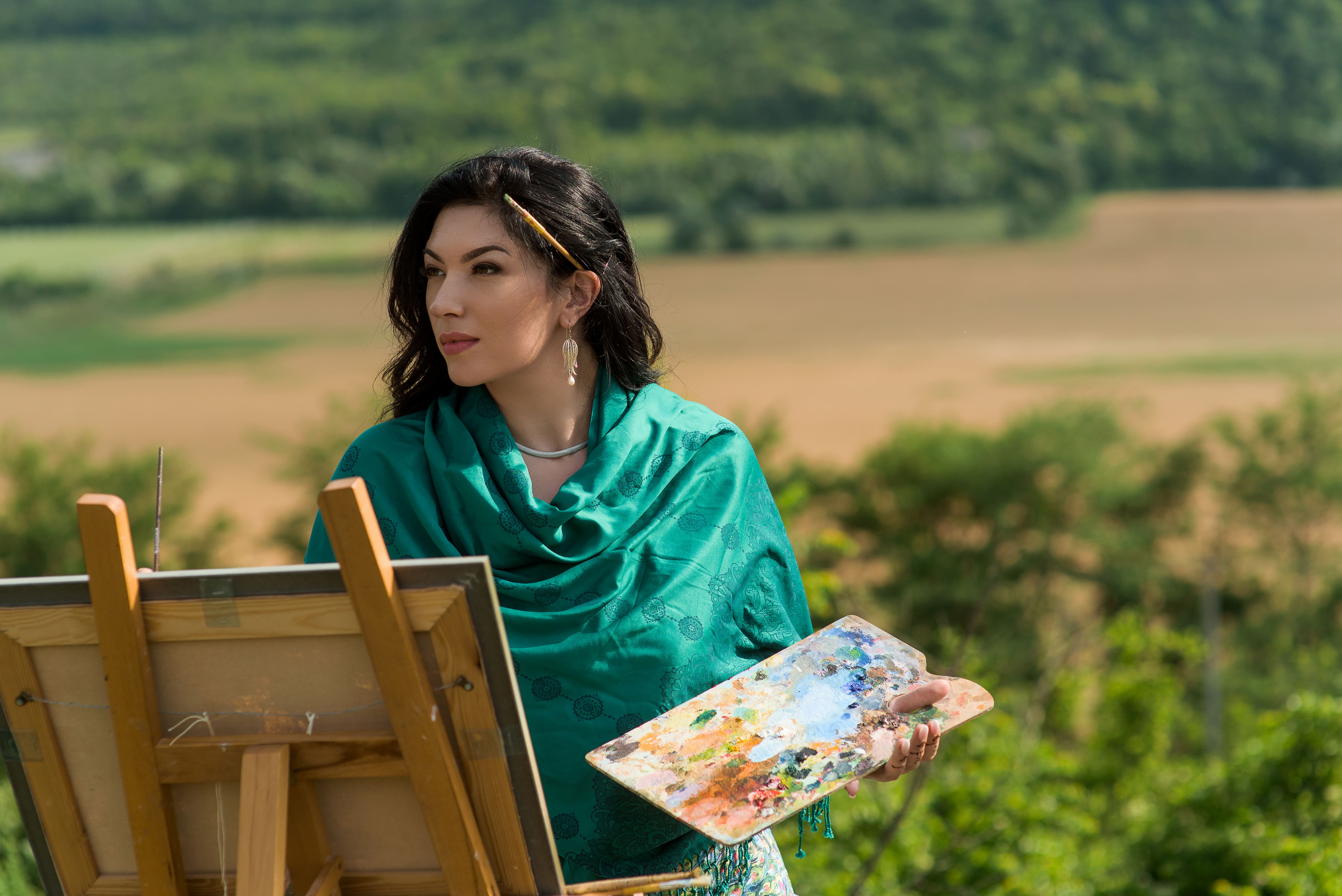