Venera Bekirova was born in Fergana, Uzbekistan, in 1963. Her family moved to the North Caucasus, to the city of Nalchik. In the spring of 1977, the long-awaited return of the family from deportation to Crimea took place.

After graduating from the Margilan Planning and Economic College in 1983, Venera Bekirova began working in Crimea. In 1989 she graduated from the Odessa Institute.

The craftswoman’s great-grandmother, Raime (born in 1900), a native of the village of Kermenchik, was engaged in Crimean Tatar embroidery and fez making. Marama (a veil on a woman's headdress), embroidered by her about 100 years ago, is a family heirloom, the source of Venera's love for Crimean Tatar arts and crafts. From her mother, she learned how to sew, the basics of modeling and designing clothes.

In 2014 Venera Bekirova's dream - to learn and embroider professionally - began to come true thanks to the experts in Crimean Tatar ornament and embroidery - Venera Kurmaeva and Khalida Kipchakova. Under their guidance, the craftswoman mastered the basics of the techniques: mykalama, Tatar ishleme (double-sided flat satin stitch), bukme, kasnak, tel, esap (counting embroidery). She also mastered the basics of kilim hand weaving.

The craftswoman shares her credo: “Return of old artefacts to everyday life, to a new life in the form of their reconstructions, copies, continuation and development of traditions, use in everyday life (the applied, wearable aspect), creation of diverse products based on and in accordance with the canons of decorative and applied art of Crimean Tatars, continuity of generations”.

Venera Bekirova annually participates in the exhibitions of the Crimean Tatar Museum of Cultural and Historical Heritage in Simferopol.

In 2018 the craftswoman took part in an exhibition in the city of Evpatoria and in the city of Chernomorskoye, as a member of Sabri Izidinova Foundation.

In 2019 Venera Bekirova’s works were exhibited at Russian Ethnographic Museum in St. Petersburg, as well as in the library named after Franko in Simferopol.

In 2021 there was an exhibition held in Staryi Krym, where the craftswoman ‘s works were also widely presented.

Venera Bekirova advises everyone to do what they love and try what they dream of: “It is never too late to learn and master new knowledge and skills! It inspires, invigorates and broadens horizons!" 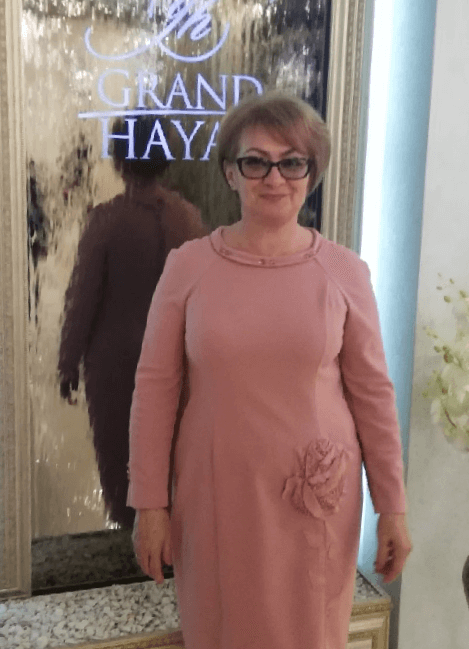