Elvira Sarykhalil was born in Uzbekistan, in the city of Andijan. She was born in the family of a builder and a teacher. She has an older sister and a twin brother - famous Crimean Tatar film director Ernes Sarykhalil.

In 1989, the family returned to their homeland in Crimea. They settled in the village of Mendeleyevo, Krasnogvardeisky district. She studied at Pyatikhat secondary and music schools, specialty - piano. At the same time, Elvira studied vocals in Simferopol, in "Bulbuller" children's ensemble under the guidance of Remzie Ablyamitova. She became a laureate of many vocal contests.

At the age of 14, Elvira Sarykhalil became a finalist of "Ukrainian bel canto Invites" contest where she sang on the same stage, in the hall of Donetsk Opera and Ballet Theater, with legendary Ukrainian tenor Anatoly Solovyanenko. After hearing the arias performed by the tenor, she decided to dedicate her life to opera.

At the age of 17, she entered Kharkiv State University of Arts named after Kotlyarevsky, where she studied for 7 years. After graduating from conservatory, she returned to Crimea to study Crimean Tatar singing folklore. Since that time, Elvira Sarykhalil has been collecting, studying rare versions of folk songs of the southern coast of Crimea, and also performing them. Moreover, she works on jazz and pop interpretation of folklore.

In 2004 the singer became the winner of Golden Cradle vocal contest in Yalta.

In 2018 she took part in the concert of the international congress of Crimean Tatars in Simferopol.

In 2013 she represented traditional and ethno-jazz music in the projects: Sunsay & Elvira Sarykhalil at the international festival "Kraina Mriy". She also represented Crimea in "Turkvizyon 2013" in Eskiseher in Turkey, with the song "Dаğların yolları" in pop-jazz arrangement. In the same year, she became the winner of “Meydan FM1” video contest on ATR TV Channel with a video for the song “Geceler, uzun geceler”.

In 2014 she took part in the jazz festival "Ukraine is our home", in Igor Zakus’s project Jazz Kolo.

In 2015, as a jazz-rock project, Elvira Sarykhalil & Alfa Leo was the headliner of Kraina Mriy festival; Elvira Sarykhalil & Useyin Bekirov trio performed at an ethno-festival in Krakow (Poland); she also represented the Crimean Tatar musical culture in Berlin.

In 2015, together with artist and author Mila Chiseldine, they presented a joint art project "Faces of Crimea" at M17 art center in Kyiv, where she sang with Turkish ethno-performer Mustafa Kizildeli. In the same year, the joint song "Bytym Sklom" with Ukrainian ethno-rock group "Kozak System" to the lyrics of Alexander Polozhynsky was released, which was included in the album of the band "Live and Love". Elvira Sarykhalil performs with the band at concerts in Kyiv.

In 2016 she took part in the ethno-jazz project Elvira Sarykhalil & Acoustic quarter, Dan Kurfirst. In the same year, she participated in the ethno-jazz festival "Flyugery Lvova" with a concert program "Uzun gezheler".

In 2018, the singer represented the Crimean Tatar musical culture in Milan and Brussels. And also, she participated in the project for a Hungarian show in Budapest.

Elvira Sarykhalil's voice can be heard in the soundtracks to the films "Crimean unveiled" directed by Olga Morkova, "Mustafa" and "Tsvyakhy" directed by Ernes Sarykhalil.

The singer played in the short film "Balzam" directed by Dinara Akhtemova and shot by Ernes Sarykhalil, about the carriers of singing folklore from whom the singer collected songs for the study of Crimean music. The film was presented at "Art Pole" and "Flyugery Lvova" ethnic festivals, as well as in Germany.

Every year, in Crimea, she presents new concert programs with author's compositions and world music hits, involving some of the best musicians of Crimea. She performs works of Crimean Tatar composers.

Elvira Sarykhalil writes music based on verses of modern poets, as well as has songs of her authorship. She teaches vocals. She is married and has two sons.

Photos from the Archive of Elvira Saryhalil. 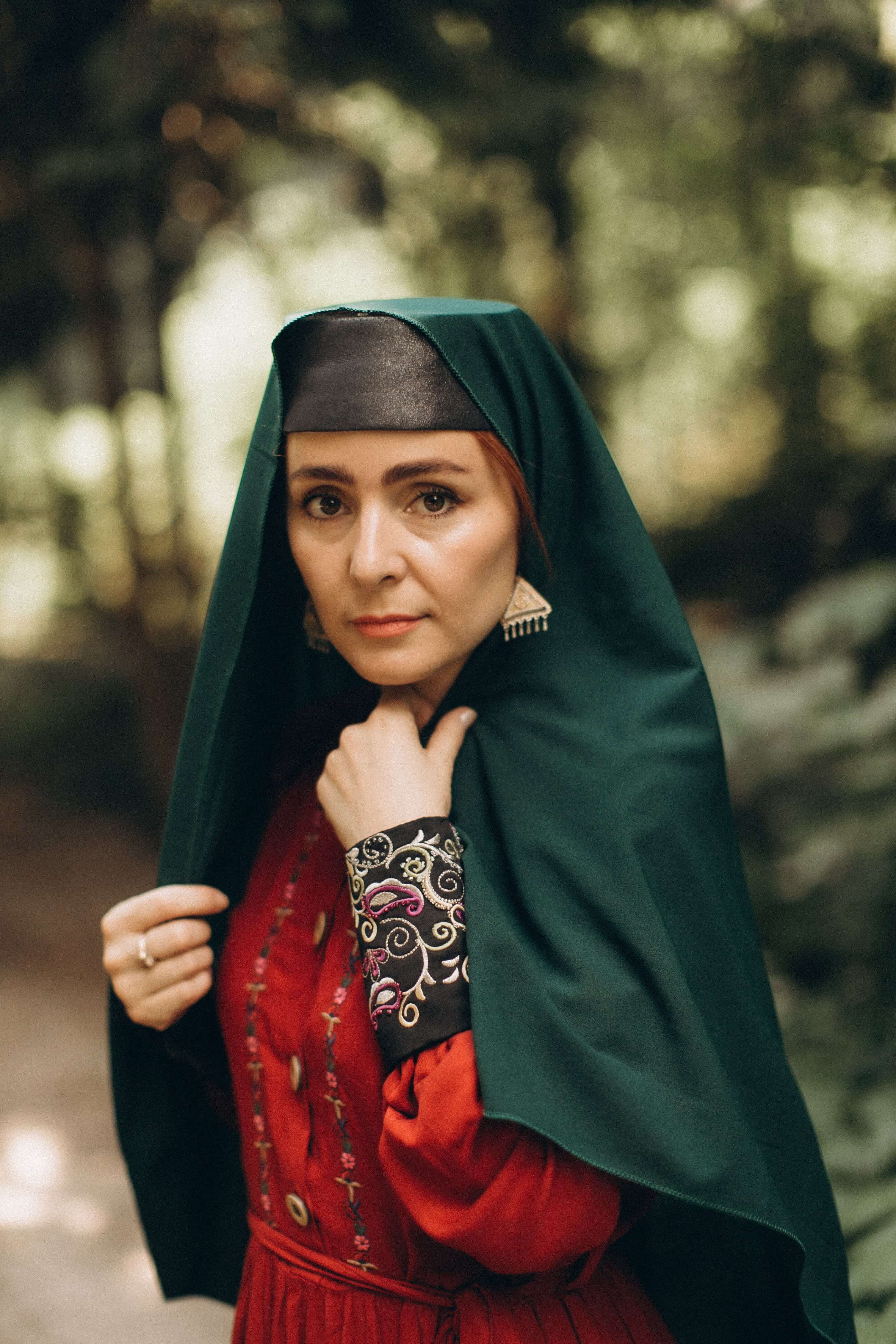 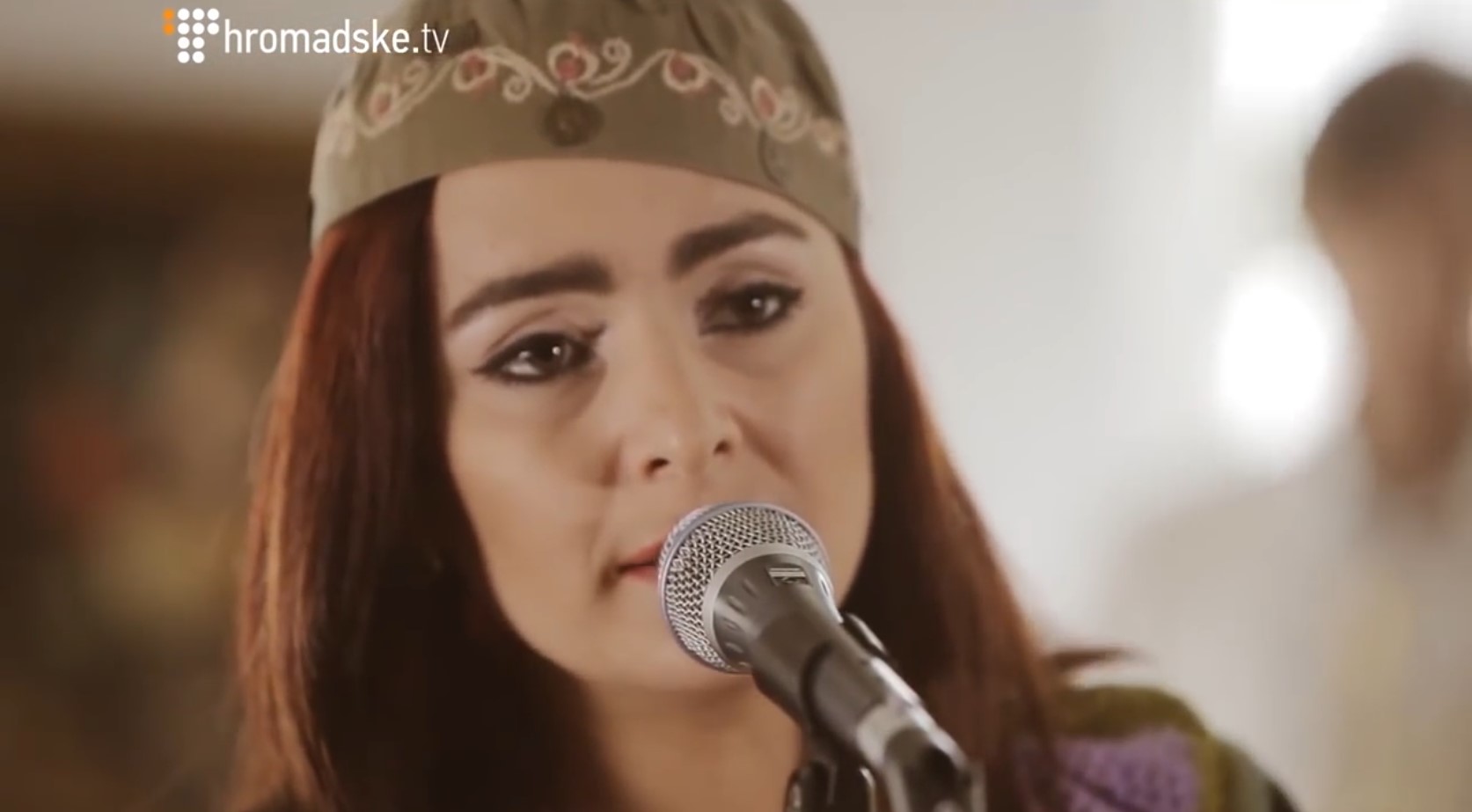