Since childhood, he was fond of painting, and in the 20s of the 20th century he studied at Meshkov art school in Moscow and then at Moscow State Art and Industry Academy named after Stroganov.

Having received an excellent education, Tokhtar Afuzov became one of the most famous Crimean Tatar artists of that time. His works were presented at various republican and all-union exhibitions.

Despite the great prospects in Moscow, after graduation the artist returned to Crimea.

He was inspired by his native landscapes and painted them with great pleasure, demonstrating his talent and skills. He mainly painted still lifes and landscapes. In one of his famous works “Still life. Cherry", he combined two styles. Professionals believe that his work is of great artistic value. His creative work enjoyed great success; therefore, his paintings were bought by local museums and private collectors. In 1940, Gurzuf Museum named after Pushkin acquired six works of the artist at once.

Tokhtar Afuzov’s life was terminated by the war, but the exact date and place of his death are unknown.

According to some sources, he died on the front line in 1941. According to some other information, he was shot by the German invaders for contact with partisans in 1942 in the city of Simferopol. 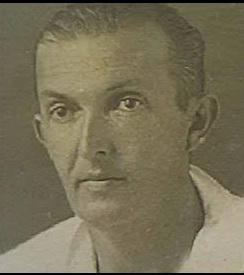