Fevzi Rejepov was born in 1929 in Simferopol, in a family of representatives of the Crimean Tatar intelligentsia.

Mother - Momine Rejepova - was a teacher of the Crimean Tatar language and literature. Father - Akim Arifov - was one of the first rectors of Simferopol Agricultural Institute.

Fevzi Rejepov received his primary education at the art studio named after Samokish. Unfortunately, the artist’s early works have not survived. Later, the artist spent several years in the labor army. In 1946 he arrived in Samarkand (Uzbekistan), where his family was deported. Fevzi Rejepov was educated in an evening school, from which he graduated with honors, but he was not given a gold medal because of his nationality.

Almost all his life, he worked in the workshops of art foundations.

The artist worked in such genres as landscape, portrait, still life, genre painting.

While on vacation, the young artist traveled to collective farms and did commissions.

During this time, the artist created many paintings, sketches, outlines and training drawings on various topics.

In 1961 he graduated from institute with distinction, specialty - artist-painter. He was offered a job at the department, but he was forced to refuse for family reasons and return to Samarkand Art Foundation.

Fevzi Rejepov was a member of the Union of Artists of Uzbekistan. He was engaged in teaching - he led workshops in the House of Children's Creativity and secondary schools in Samarkand.

The artist loved nature and tried to convey its beauty with rich color, awakening love in the soul of the viewer. His works delight everyone who once saw them. Until the end of his life, Fevzi Rejepov remained faithful to his art.

He painted Crimea from childhood and youth memories. Unfortunately, the artist was not destined to see his homeland again. Fevzi Rejepov's life ended on April 7, 1983, after a serious and long illness.

The artist's works were exhibited at many all-union exhibitions in Moscow, republican exhibitions in Tashkent and Samarkand. Currently, his works are kept in the funds of Samarkand State Museum-Reserve, museums in Tashkent (Uzbekistan) and private collections. His relatives brought a small part of the works to Crimea, some of the paintings were transferred to Crimean Tatar Museum of Cultural and Historical Heritage. 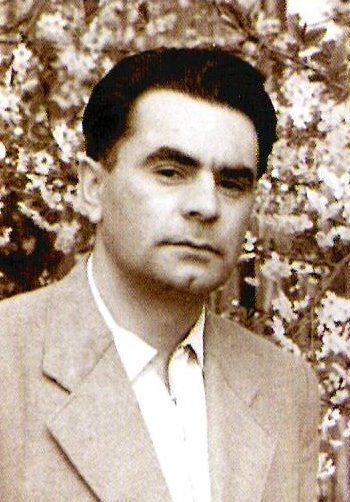