She was born in 1977 in the city of Almalyk, Tashkent region, in a family of activists of the Crimean Tatar national movement. In 1989 the family returned to Crimea.

During her school years, Elmira Kataki was fond of sewing clothes. But she planned to work as a judge.

In 2000 she graduated with a bachelor’s degree in law, and in 2002 she got enrolled to a master’s degree program at Kharkiv Law Academy. In 2003 she got married.

In 2010, after seeing on TV a story about craftswoman Gulnara Neglyadenko, she became interested in Crimean Tatar embroidery, but did not find a school where she could learn it.

In 2014 Elmira Kataki moved with her family to Kyiv. And in 2015, having come to Crimea, she learned Crimean Tatar gold embroidery – mykalama - within a few months. At first, she embroidered only by hand, but later started working with a sewing machine, thereby making the products more affordable.

In 2020 she participated with her works in an exhibition in Kyiv and Brovary. To make up for the absence of Crimea in her life, Elmira Kataki surrounded herself with Crimean Tatar ornaments on various products.

In February 2021, the craftswoman’s works were presented at the exhibition dedicated to the 150th anniversary of Lesya Ukrainka's birthday "Tatar patterns are too similar to Ukrainian ones ..." in the Crimean House in Kyiv.

The designer dreams for the everyday clothes of Crimean Tatars to be a reflection of the Crimean Tatar culture, so that Crimean Tatars would not lose their language as well as another element of their identity - ornament. 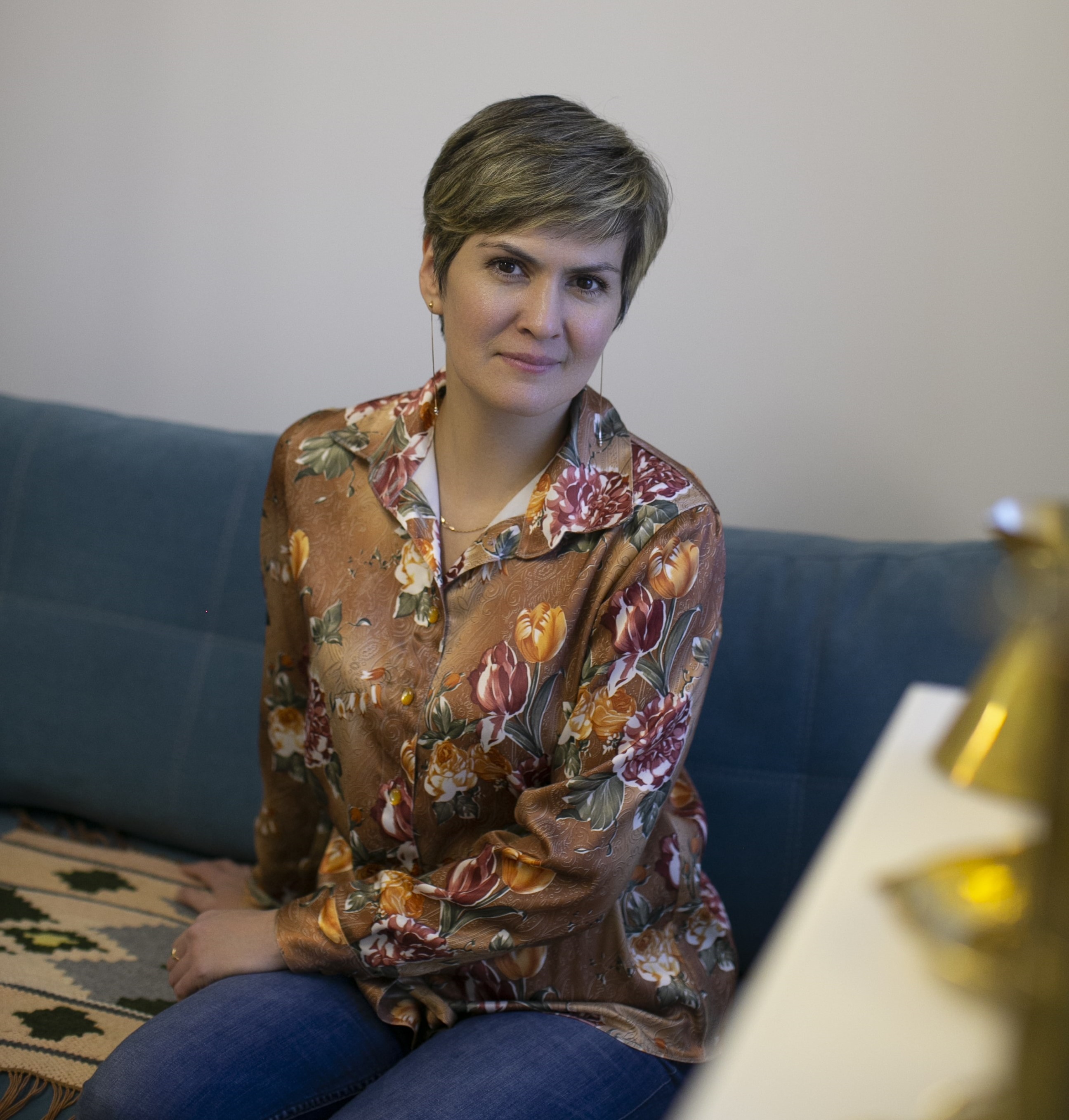