Crimean Tatar artist, craftswoman, works in the hot batik technique. In her works, she combines Indonesian and Asian motifs with the Crimean Tatar national ornament.

Elmira Seit-Ametova was born in the city of Tashkent (Uzbekistan) to a creative family on January 16, 1973. Her father Amet Seit-Ametov is a famous Crimean Tatar artist of applied arts.

The future artist spent her childhood and youth in Uzbekistan. In 1992 Elmira Seit-Ametova graduated from Republican Art School named after Benkov in Tashkent.

In 1992 the family returned to Crimea.

From 1998 to 2004, Elmira Ametova worked as an art editor at the publishing house "Krymuchpedgiz" in Simferopol.

In 2007 she graduated from the Academy of Arts in Warsaw on the scholarship program of the Minister of Culture of Poland.

In 2008 she graduated from Crimean Institute of Information and Printing Technologies of the Ukrainian Academy of Printing with a degree in fine and decorative applied arts, qualifying as a graphic artist for the design of printed products.

But Elmira's pursuit of knowledge does not end there.

From 2008 to 2009, she studied in Indonesia under the scholarship program of the Ministry of Education of Indonesia.

From 2011 to March 2014, she taught decorative arts at Crimean Engineering and Pedagogical University at the Faculty of Art in Simferopol.

In 2012 she became a member of the National Union of Artists of Ukraine.

During the same year, three personal exhibitions of the artist were held: at the Museum of Crimean Tatar Art in Simferopol, at the US Embassy in Ukraine in Kyiv and at Sweet art gallery in Chernivtsi.

In March 2014, Elmira Seit-Ametova moved with her family to Kyiv, where in the same year she took part in four exhibitions.

In 2015, in Kyiv, a personal exhibition of the artist was held at the Center of Ukrainian Culture and Art "Crimean Paints with the Aroma of Coffee", and the artist's works also participated in a charity auction of artworks at Ukrainian Catholic University.

In 2016 and 2017, she took part in the exhibition "Crimea Day at PACE" at the Parliamentary Assembly of the Council of Europe in Strasbourg (France).

In 2017 she participated in three exhibitions in Kyiv, including American House.

In 2019 she took part in an exhibition under the patronage of the Embassy of Ukraine in Lebanon in the city of Beirut.

In 2019 she completed her postgraduate studies at Wladyslaw Strzeminski Academy of Fine Arts in Lodz (Poland) with a degree in Fashion and Trends: Fashion Design, Printing on Fabrics and Accessories.

In 2020 she participated in the project "Cross-culture" and in the All-Ukrainian art project "Arttextile. Integration of the Arts”.

The artist currently lives and works in Warsaw (Poland).

Elmira Seit-Ametova is the author of illustrations for more than 12 books, a participant of the events held under the patronage of the Embassy of the Republic of Indonesia in Ukraine, Georgia, Armenia. She leads many batik master classes in Poland and Kyiv. 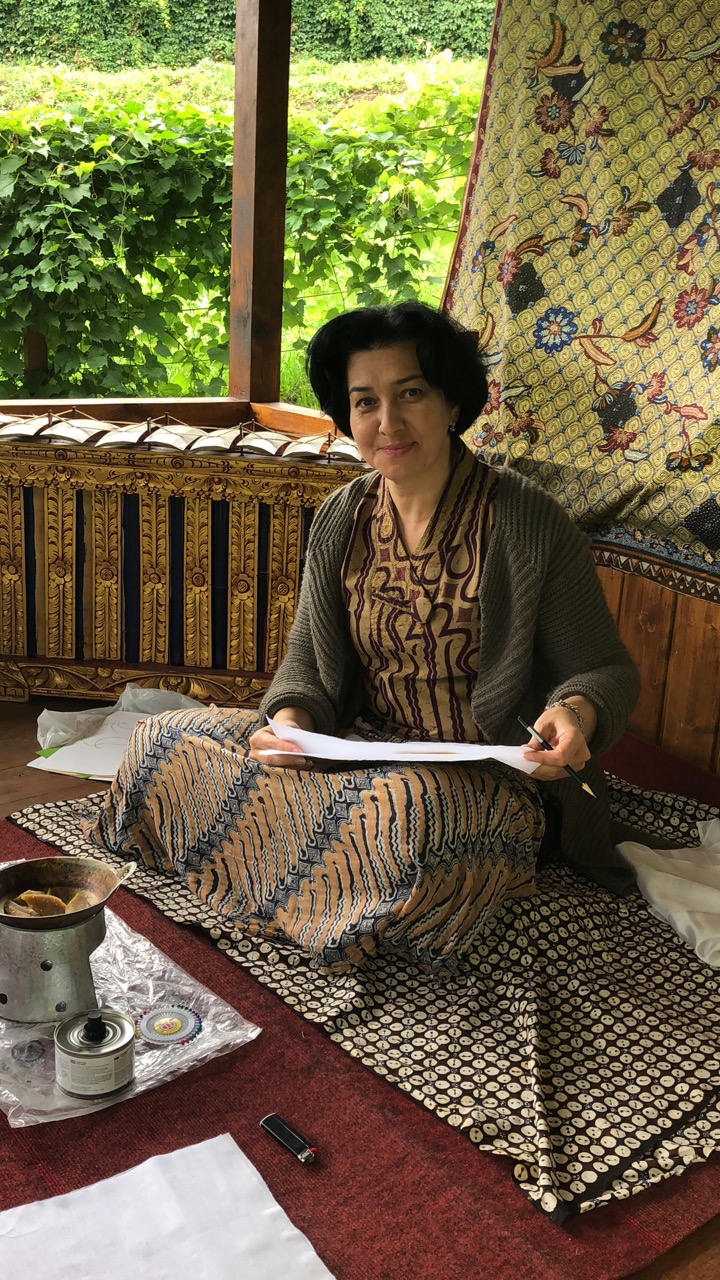