In childhood, her parents instilled love of craft and creative work. Mother passed on to her daughter the skills in sewing and knitting, father - in drawing, designing and modeling. The process of creative development was very exciting and a favorite pastime.

During school years, her mentor Valentina Fedorovna Solovyova had a valuable influence on the girl’s love for fine and decorative-applied arts: she taught Zarema art basics and inspired her to further develop in this direction.

In 2009 Zarema Emirosmanova entered Crimean Engineering and Pedagogical University, specializing in modeling, design and technology of garments on the engineering and technological faculty. Here she happened to fulfil her dream - to engage in research activities and to improve professionally with the help of supervisors and mentors Tarkhan Lenuza Zapayevna, Voloshina Tatyana Alexandrovna and Seydametova Zarema Nurievna.

For 5 years of study at university, Zarema Emirosmanova received a number of awards and personal scholarships, such as the prize of Leonid Kuchma Foundation "Ukraine", the scholarship of the Council of Ministers of the ARC, the Verkhovnaya Rada ARC prize named after Gasprinsky.

After completing her master’s degree, she was planning to work on introducing Crimean Tatar motives into modern costume design at her university, but fate decreed otherwise.

From 2014 to 2018, the designer taught fine arts and was the head of the art studio at her native school in Dzhankoy. Along with the educational program, she introduced students to and prepared them for various thematic exhibitions related to the decorative and applied art of Crimean Tatars.

In 2018 Zarema Emirosmanova decided to engage in creative work fully and quit teaching at school. From that moment on, she began to implement all the ideas that she had been saving up for many years.

Gradually, by trial and error, the artist learned herself how to make various products. Having selected the optimal manufacturing technology and the principle of making product designs, she adapted the knowledge from the field of machine embroidery. Thanks to this, fezzes, bags, cases for the Koran (kuran qap) and other products appeared.

In the creative process, the designer is inspired by people, the beauty of nature, objects of art and much more.

Zarema Emirosmanova took part in the development and creation of images for talented children and their leader Elmira Khuddusovna Bekirova for Janly Ses contest (2019 - 2020, Simferopol) and Tatly Ses festival (2019, Kyiv).

In her creative work, Zarema Emirosmanova shows great interest in various techniques that make it possible to embody the Crimean Tatar motives in a new light. Among them are painting on fabric, wire weaving, macrame, hand and machine embroidery, knitting. She likes to experiment with colors in embroidery, as well as combine various materials and textures.

In her work, the designer pays special attention to digital illustration, with the help of which she creates ornamental holiday postcards to promote Crimean Tatar motifs to the masses.

She dreams of improving professionally and reaching the international level, popularizing the Crimean Tatar culture through her creative work so that to make it recognizable and interesting to people of different cultures.

Zarema Emirosmanova perceives the craft as important knowledge and skills to be passed on to the next generation in order to preserve national identity and respect for handwork.

The designer shares her opinion: “Much should be learned, much should be understood in all the diversity of the Crimean Tatar culture, which was lost due to the tragic history of the people. Now the tendency for its revival is developing, thanks to the activities of historians, journalists, public figures, as well as arts and crafts. All of them, like a "ray of hope", promote national traditions and customs in various spheres of our life so that the Crimean Tatar people never forget their roots and ancestors." 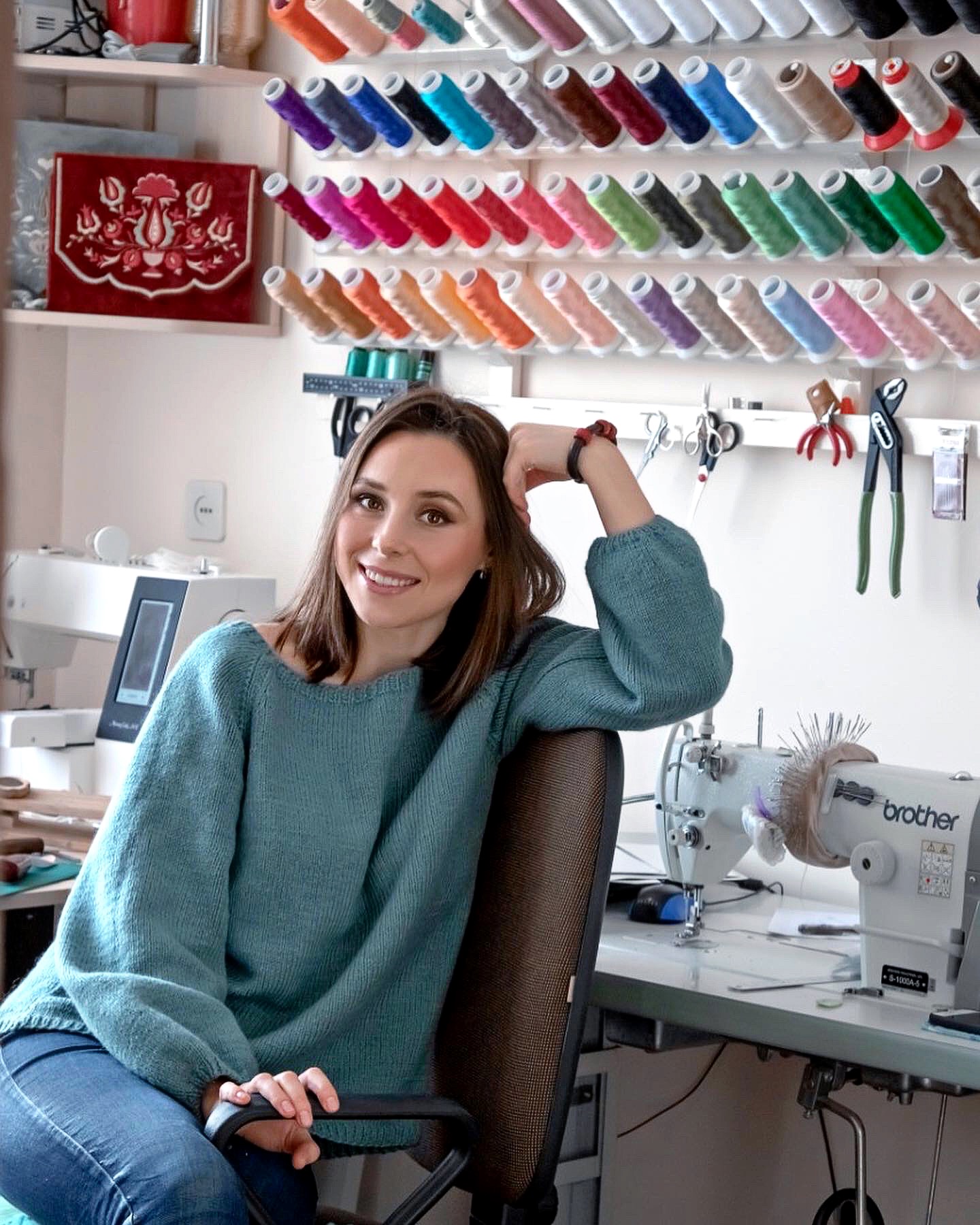