Leilya Trasinova was born in Tashkent (Uzbekistan) on August 2, 1964. She grew up in a creative family of artists, and this is what determined her attitude to creativity and hobbies.

“My parents are unique people, the more I get to know them, the more I am surprised. My sister and I are very lucky. They were our parents and at the same time our teachers who taught us to find ourselves in this multifaceted world,” says Leilya.

From 1979 to 1982, the future artist studied at Republican Art School named after Benkov, in Tashkent.

Between 1982 and 1987, she studied at Leningrad School of Industrial Art named after Mukhina at the department of industrial graphics. During her studies, she took part in republican and all-union exhibitions.

Among Leilya Trasinova’s works, there are unusual graphic fantasies - monotypes and watercolors. Her expressive series "The homeless" (1988) was one of the first acts of creative protest in the art of Uzbekistan, a direct response to the destiny of Crimean Tatar people.

For a short period of time in Crimea (1988-1991), the artist created a range of original graphic works, executed with a bold flight of imagination, spectacular in color. Among them are a series of seven sheets "City-bird"; decorative, cheerful, slightly ironic self-portrait "I am in blue and poppies"; "retro" style "Portrait of a city dweller" filled with humor; green watercolor with a rich variation in motives of oriental architecture "Old Town"; a series of monotypes "I am a bird in the cage".

All Leilya Trasinova’s creative work is of a high professional level which points to her modern creative thinking and maturity, worthy of wide recognition. 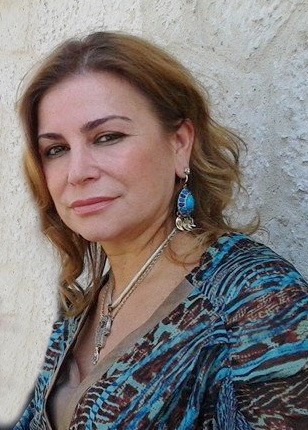