Daughter of the creative union of artists Alim Osmanov and Zarema Trasinova.

Between 1990 and 1994, she studied at Republican Art School named after Benkov.

After her graduation, the family moved to Crimea.

In 1995 Arzy Patel underwent training to master the skills of carpet weaving in the city of Sudak (Crimea). She took part in the project “Revival of Crimean Tatar decorative art” (under the guidance of Mamut Churlu).

Arzy Patel participated in the Biennale “Watercolor of Crimea” (1997), exhibitions within the project “Days of Crimean Tatars in Yalta” (1995), created a series of posters for plays by Eugene Ionesco “Theater of the Absurd”.

In 1998 she was a participant of the project "Doors" (under the guidance of Ismet Sheikh-Zade) and "Decorative art of Crimean Tatars", "Through the prism of the century", dedicated to the 100th anniversary of Bakhchisarai Museum and the 140th anniversary of Usein Bodaninsky’s birth.

“Interest in art is always associated with some action, movement, thirst for something new ... I always wanted to learn something new. In 2015, I started sewing dolls - childhood memories formed the basis of unusual images ... Amazing material that can be used to express your feelings, both sadness and humor ... ", artist Arzy Patel tells about her work. 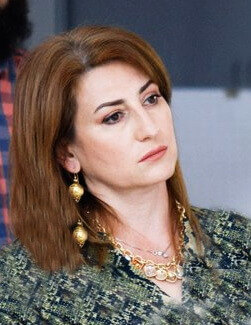