Famous Crimean Tatar graphic artist Zarema Trasinova was born in the city of Simferopol on December 17, 1939. In 1944, together with her family, she was deported to Central Asia by the Soviet government.

After school, she received a professional education at Tashkent Art School named after Benkov, and then at the department of book graphics at Theater and Art Institute named after Ostrovsky. In the Uzbek state book publishing house named after Gafur Gulyam, she designed about 200 books, 20 of which were awarded honorary diplomas at various competitions.

Since 1976, Zarema Trasinova was a member of the Union of Artists of the USSR, a participant of international and republican exhibitions, a laureate of more than 80 republican, all-union and international book graphics competitions. For her creative work, she was awarded the title "Honored Artist of the Autonomous Republic of Crimea". Member of the National Union of Artists of Ukraine.

Zarema Trasinova achieved a high artistic level in her works, as a Master of strokes and "living" lines on paper and canvas. Most of her works are associated with the design of books - poetry collections of authors of different eras, as well as publications on Crimean Tatar folklore.

During her creative life, the artist has designed more than 300 books, created a gallery of portraits of Crimean Tatar representatives and highly artistic paintings. Her artworks have been acquired by museums and individuals from around the world.

Zarema Trasinova is the first female artist among Crimean Tatars who has achieved high recognition for her work. In the pictures of Crimean nature, genre paintings on the theme of folk life and holidays, one can see the past and present of Crimean Tatar people - this is an integral part of the artist's inner world.

Zarema Trasinova brought up a whole galaxy of young artists, such as Abdyul and Elmira Seit-Ametovs, Zera Akimova, who are currently the best book graphic artists.

Famous Crimean graphic artist Ramiz Netovkin defined the success of the Master's work as "poetry, own original understanding of people’s beauty and the amazing spiritual qualities of Zarema-khanum herself."

Zarema Trasinova believes that “Crimean Tatar art should be national both in form and in content. An artist should be able to express a high psychological load through individual plastic means with the intensity of feelings and philosophical complexity of images." 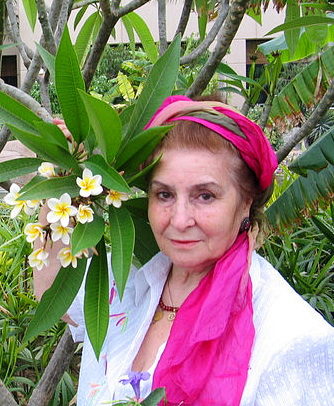