In 1990 she graduated from Tashkent State Theater and Art Institute named after Ostrovsky, the department of easel painting.

Since 1993, she has been working as a production designer on TV and radio channel O'zbekiston.

The artist actively participates in exhibitions. Her works can be found in many institutions and museums of the Republic of Uzbekistan, as well as private collections both in Uzbekistan and abroad.

Guzal Alimatova has a creative family. Her husband and daughters are artists, and her son is a designer.

Since 2001, Guzal Alimatova has become a member of the Creative Union of Artists of Uzbekistan (easel painting). 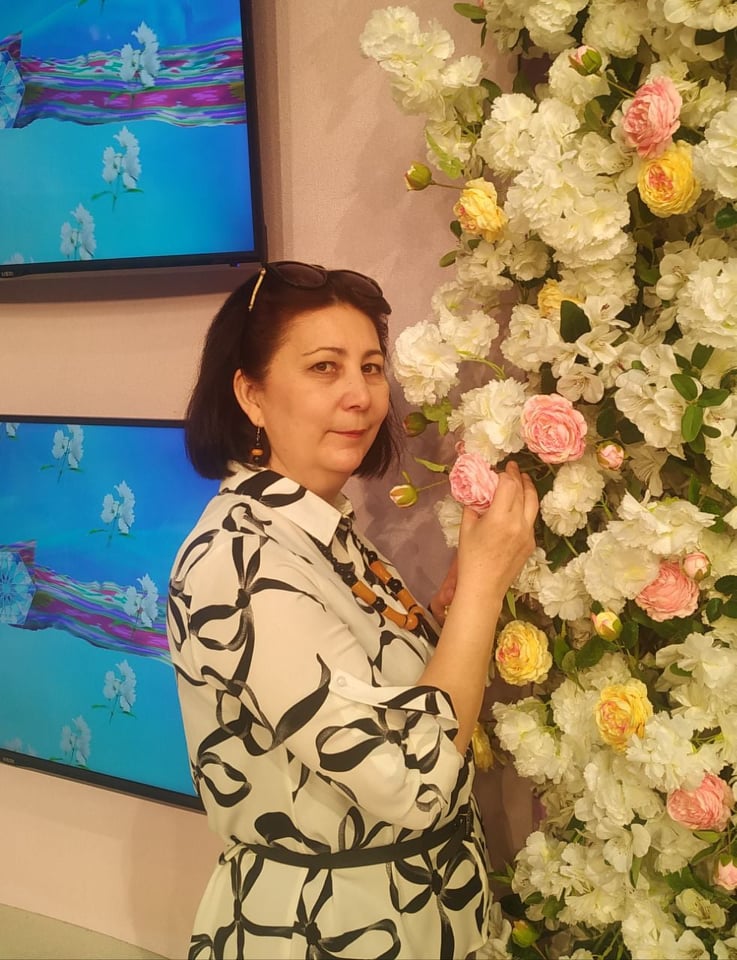