Abdul Seit-Ametov was born in Tashkent (Uzbekistan) to a creative family on February 11, 1970. His father is a famous Crimean Tatar applied art artist and designer - Amet Seit-Ametov.

In 1989 he graduated from Tashkent Art School named after Benkov.

In 1994 he successfully defended his thesis as a specialist in graphic design at Kharkiv Institute of Arts and Industrial Design.

In 1995 he returned to his homeland in Crimea and began to create his first works in decorative and applied art - wood products decorated with Crimean Tatar ornament.

Between 1995 and 1997, Abdul Seit-Ametov was keenly interested in the ancient culture of the Far East, and this prompted him to create magnificent black and white abstract compositions. The artist mastered a form of traditional art - calligraphy and carefully studied the Quran and the Arabic alphabet. As a result, he created a number of calligraphic compositions framed by traditional Crimean Tatar ornament.

Since 1997, he has been creating household ceramics, the art form that was most widespread in Crimea at the beginning of the 20th century.

Abdul Seit-Ametov has managed to bring the art of household ceramics to perfection. Due to the variety of graceful forms and exquisite methods of material processing, he is able to achieve special expressiveness, which has always been the main distinguishing feature of true Crimean Tatar art. His wife decorates many products with her woven works.

Abdul Seit-Ametov’s unique works are known far beyond the borders of Crimea and can be found in private collections of connoisseurs around the world. 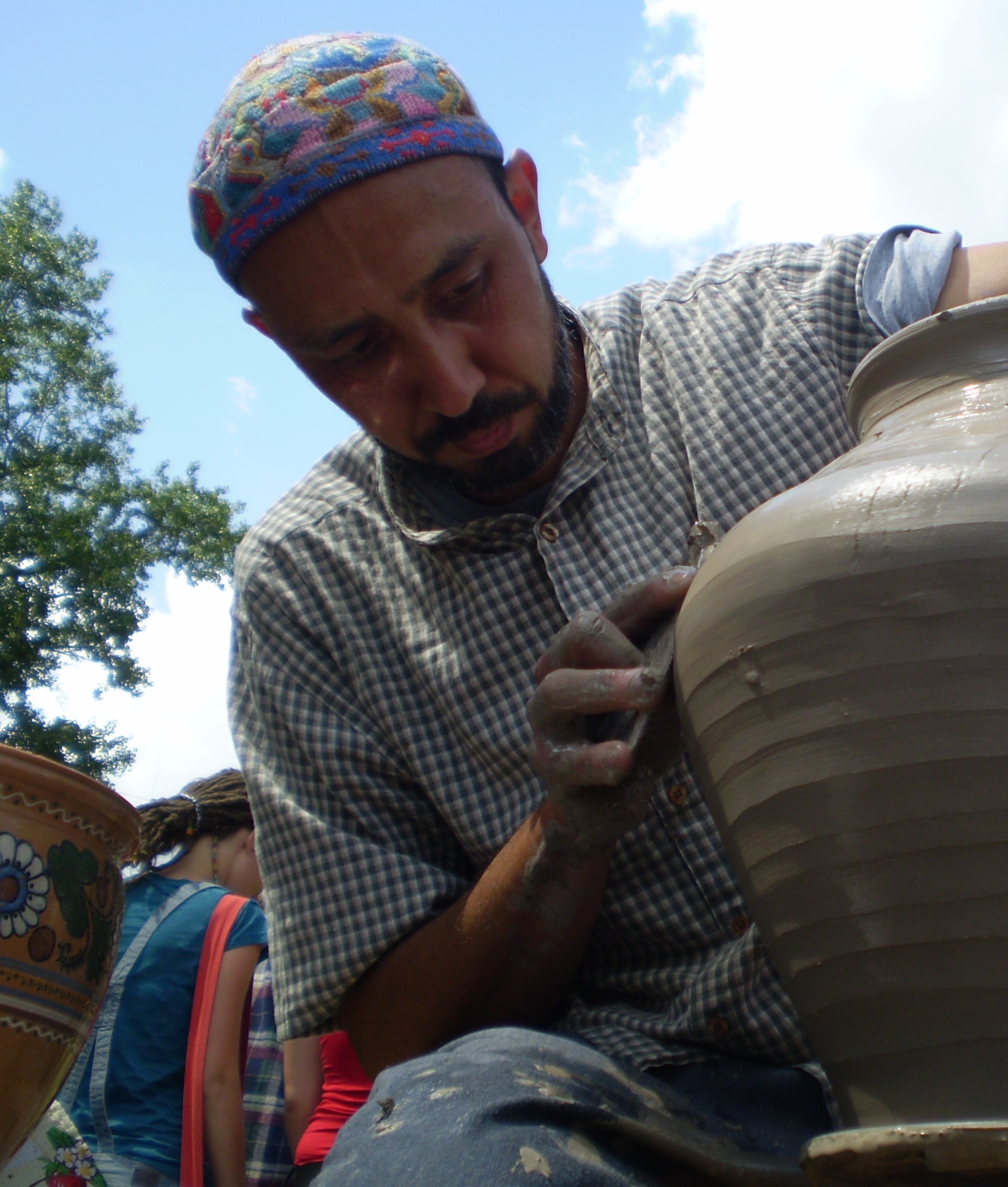