Kazim Dzhepparov was born on December 17, 1947, in the city of Volzhsk, the Mari Autonomous Soviet Socialist Republic (now the Republic of Mari El), where his parents were deported from Crimea in 1944. After 10 years, the family moved to Sukhumi, where the artist spent his childhood and youth. In this city, in 1974 he graduated from art school and Sukhumi art college.

From 1974 to 1991, he worked as a graphic designer at Sukhumi art production workshops of the Art Fund of Georgia, until he moved to Crimea and then to St. Petersburg.

In 1990 Kazim Dzhepparov was admitted to the Union of Artists of the USSR and took an active part in republican, all-union and international exhibitions. In 1991 his personal exhibitions were organized in St. Petersburg and Greece.

The main fields the artist worked in were painting, sculpture, engraving, industrial and book graphics, monumental art. He worked skillfully in different styles: from realism to postmodernism. His works are devoted to the philosophical understanding of life. Many works are imbued with romantic sadness. The artist strove to elevate an ordinary person to another significant rank and thereby showed the value of every life.

In 1997 Kazim Dzhepparov passed away, several months before his 50th birthday and his first personal exhibition in Crimea. After the death of the artist, the exhibitions of his works were held in art museums and galleries in Simferopol.

Repeatedly, the artist's paintings have been successfully presented at city, republican and international exhibitions in Georgia, Greece, USA, Russia, Ukraine. The works are kept in private collections in America, Sweden, France, Israel.

Kyazim Dzhepparov’s artistic legacy is not just a gem of Crimean Tatar art, but it is part of world artistic heritage. 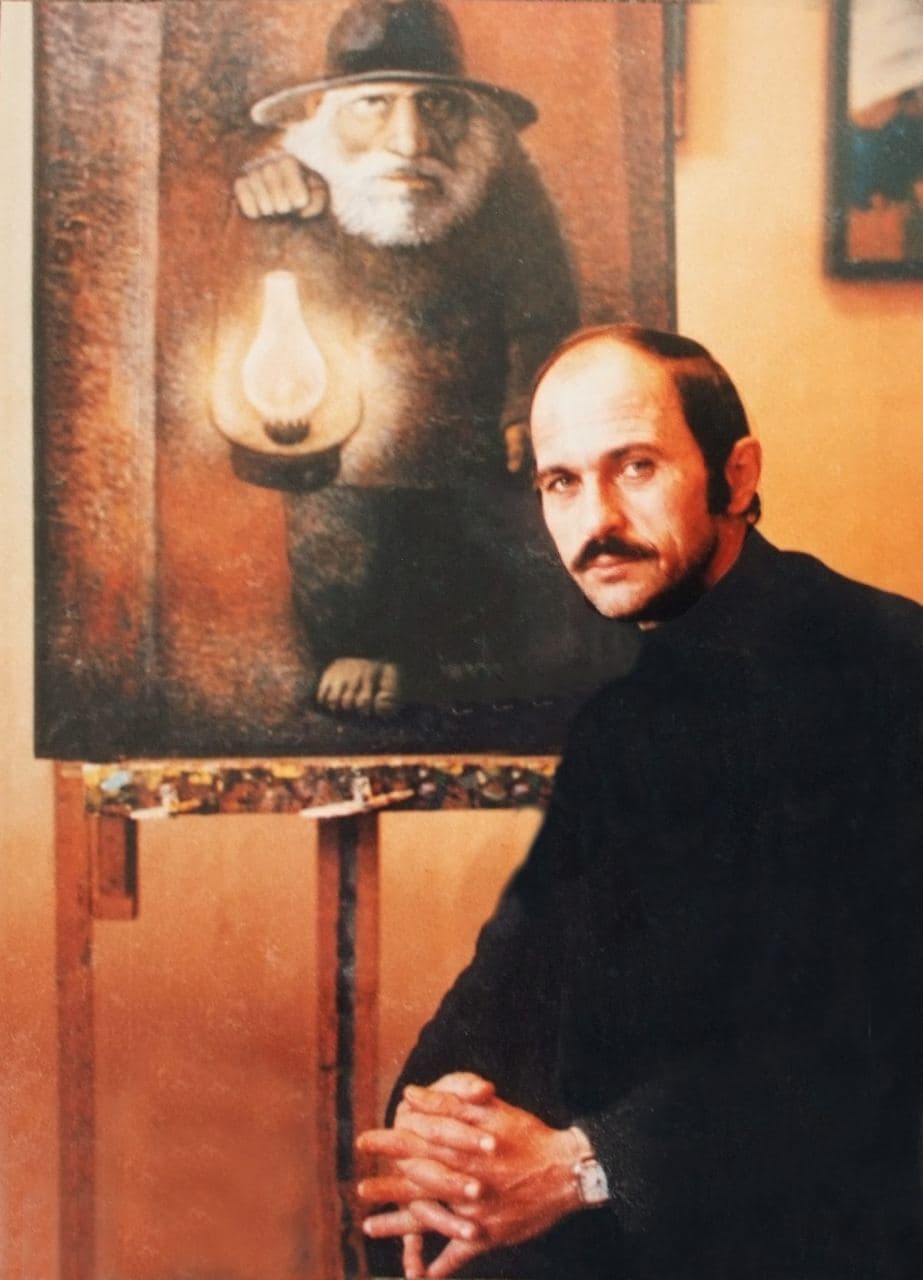