Rustem Eminov was born into the family of the Merited Artist of the Uzbek Soviet Socialist Republic Kyazim Eminov and the artisan of fabric painting Esma Abibullayeva in Tashkent (Uzbekistan) in 1950.

After graduating high school in 1968 he entered the department of Graphic Arts in the Nizami Tashkent State Pedagogical University which the young man graduated in 1973.

Since 1975 Eminov has been participating in more than 80 art exhibitions in Uzbekistan as well as overseas.

In 1990 Rustem Eminov showed his works at the first exhibition of the Crimean Tatar artists.

Invited by the Ministry of Culture of Ukraine in 1993 the artist participated in the Crimean Tatar Literature and Art Festival in Kyiv.

In 1988 Eminov became a member of the Union of Artists of the USSR; later in 1992 he joined the creative union of artists with the Academy of Arts of the Republic of Uzbekistan.

Since 2005 he has been a member of the National Union of Artists of Ukraine.

In 2007 the artist won the award of the Verkhovna Rada of the Autonomous Republic of Crimea.

Teaching. Work on a series of paintings dedicated to the history of the Crimean Tatar people.

Since 1990 Rustem Eminov has been working on the series of paintings dedicated to the history of the Crimean Tatar people. The series is considered to be the main theme of his work which he believes will become the ground stone for establishing a museum of the national memory.

Since 1988 to 1999 the artist had been combining his creative work with teaching, working as a senior teacher of the sketch and painting department in the Tashkent State Pedagogical University.

After that Eminov continued his teaching work in the Benkov Tashkent Art School and the Hodzhayev Republican College of Design.

Rustem Eminov’s works can be found in the collections of the State Museum of Arts and the Directorate of Art Exhibitions and Panoramas in Tashkent (Uzbekistan) as well as in the Crimean Tatar Museum of Arts in Simferopol and the Ismail Gasprinsky House Museum in Bakhchisaray.

Some of the artist’s paintings are in private collections in the USA, Israel, Malaysia, South Korea, Australia and Turkey.

Rustem Eminov is also the author of poems where he describes his own paintings full of the immense love for his motherland and his people. 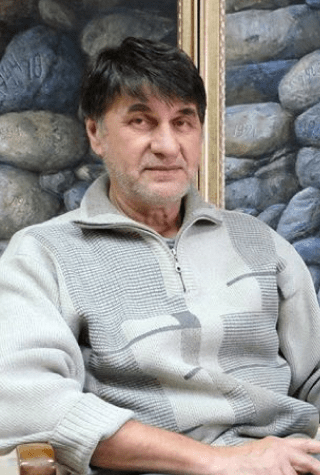