She received her professional education at Fergana Polytechnic College at the Faculty of Sewing Technologies in 1983.

In 1997 she first came into contact with the folk art of embroidery on Aisha Osmanova’s course "Mykalama". In subsequent years, she improved her skills in the creative association of embroideresses "Marama" as well as on the courses of satin stitch embroidery, after which she got certified by the National Union of Folk Art Masters of Ukraine and received the title of Master of Artistic Embroidery.

In 2004 Zarema Mustafayeva took part in the First Exhibition of Contemporary Folk Art in Kyiv, her works were published in the catalog “Contemporary Crimean Tatar Folk Art”.

From 2004 to 2008 she worked as a costume designer in the production of the film "Tatar Triptych" (the film studio named after A. Dovzhenko), decorating the hall-sofa of the Khan's palace (Bakhchisarai), took part in the formation of the creative association "Evdzhiyar", presented her works at the All-Crimean exhibition-fair of folk crafts "Crimea is a living tradition", at the competition "Miracles of ornament", and also participated in the All-Ukrainian campaign "The Towel of National Unity", where she showed her skills as an embroideress.

At present, the works of the embroideress are exhibited in the "Khan Palace-Museum" in Bakhchisarai, some artworks are in private collections in Germany, Turkey, Poland, Ukraine, Russia and America. 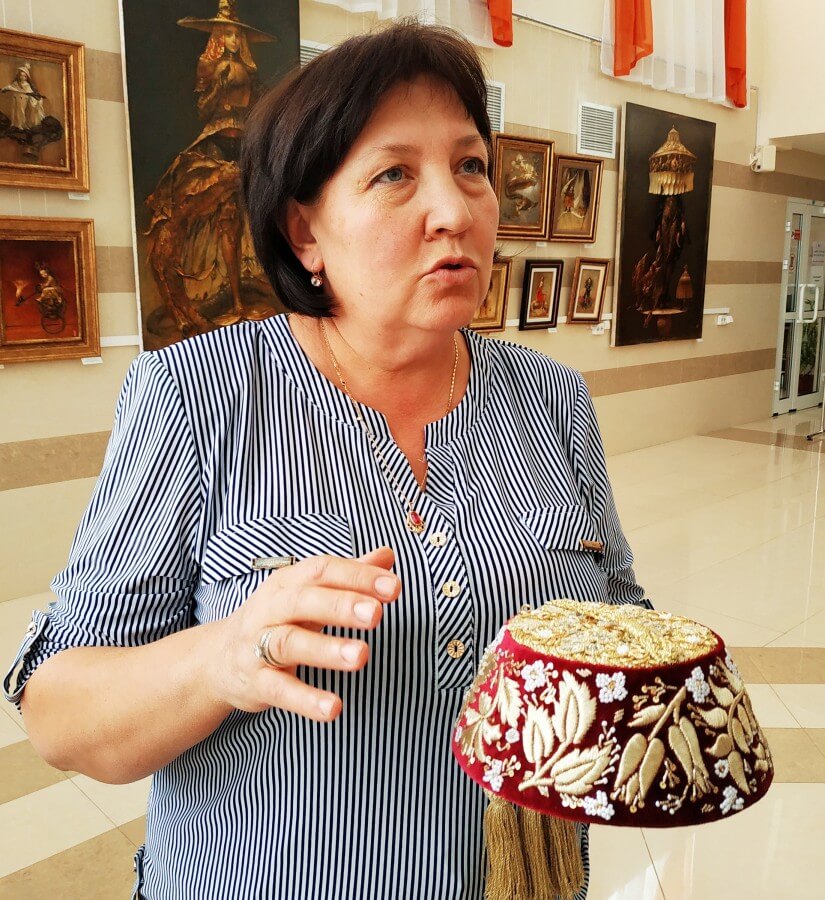