Nuri Yakubov was born in 1963 in the Uzbek city of Shakhrikhan, later his family moved to Yangiyul, where in elementary school he began to show an interest in fine arts.

A visit to the Tashkent Museum of Art helped Nuri finally to make his choice. “When I saw the paintings of great masters up close, and the way the grass, air, water were painted, I realized what I wanted to do in life,” recalls Nuri Yakubov.

During his studies, Nuri began attending a fine arts studio, where artist Alexander Shcherbak taught children their first professional skills. After leaving school, the future artist entered Tashkent Republican Art School named after Benkov, where he began painting Crimean landscapes, which became the main leitmotif of the pictures of the future artist.

In 1987 Nuri Yakubov entered Moscow State Academic Art Institute named after Surikov, after graduating which he received a diploma with honors. Since that time, Nuri moved to his homeland in Crimea, to the city of Staryi Krym. At that time, the young artist joined the Union of Artists of Ukraine.

You can get acquainted with the paintings of Nuri Yakubov at almost every exhibition of Crimean artists, his works are presented at 45 exhibitions in ten countries of the world. He is a participant of the International Symposium of Artists in Hungary, his personal exhibitions were held in Moscow, Istanbul, Kyiv, Simferopol, Staryi Krym, Feodosia and other cities. Nuri Yakubov, a member of the Association of Crimean Tatar Artists, considers himself to be a realist artist who creates works depicting the beauty of homeland. 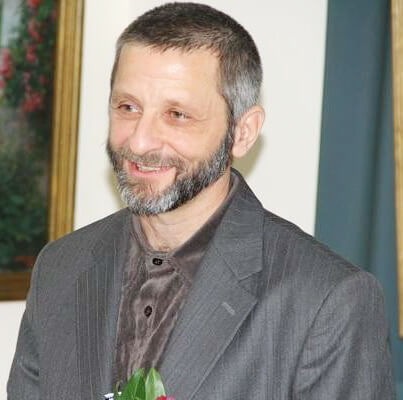