Mayre Lyumanova is a fashion designer.

She was born in the city of Yangiyul (Uzbekistan) in 1973.

In 1991 she finished the Republican Special Boarding School for Arts at Tashkent Theater and Art Institute named after Ostrovsky in the city of Tashkent. In the same year, the family returned to Crimea.

In 1991 there was an unsuccessful attempt to enter Kyiv State Art Institute.

In 1994, for the 50th anniversary of the deportation of Crimean Tatars, she participated in an exhibition and sale in Ankara.

From 1999 to 2007, the artist worked in the editorial office of the newspaper "Voice of Crimea" as an art editor.

In 2004 she graduated from Crimean Engineering and Pedagogical University, having received qualifications as a fashion designer, designer and technologist of garment production".

The master’s work is focused on the design of Crimean Tatar national costumes, starting from concept creation to decorative work on the costume.

From 2004 to 2007, the artist taught at Crimean Engineering and Pedagogical University at the department of modeling and technology of garment production. She taught a number of subjects: "Clothing Design", "Costume Composition", "Drawing Basics" for students of the Engineering and Pedagogical Faculty specializing in "Modeling, Design and Technology of Garment Production".

In 2007 Mayre Lyumanova quit all her jobs and began her creative work in the area of costume production. She made a series of stage costumes with the folklore ensemble "Crimea". The first big work was the program "Toigya davno etemiz". All subsequent programs to date have been partially or fully the fruit of joint cooperation.

In 2010 and 2011, the craftswoman took part in the exhibition "Erguvan" in the city of Istanbul as a painter.

2016 was a landmark year for Mayra Lyumanova: the organization "TURKSOY" invited her to participate in a symposium of Turkic artists in Malatya, Turkey.

In 2017, at the invitation of “Qaradeniz production”, the artist took part in the filming of the movie “Hydyr dede”, as well as in the shooting of photo stories for the art book “Toy. Sevgi". In the same year, she worked on the filming of a video devoted to the 100th anniversary of the creation of Bakhchisarai Museum of the Khan's Palace at the invitation of the studio "Pride".

In 2019-2020, she participated in the compilation of a collection of popular science articles on the culture of Crimean Tatars.

Mayre Lyumanova is known for her exclusive wedding dresses and suits with rich national embroidery decoration, which have been the hallmark of Crimean Tatar culture for many years. 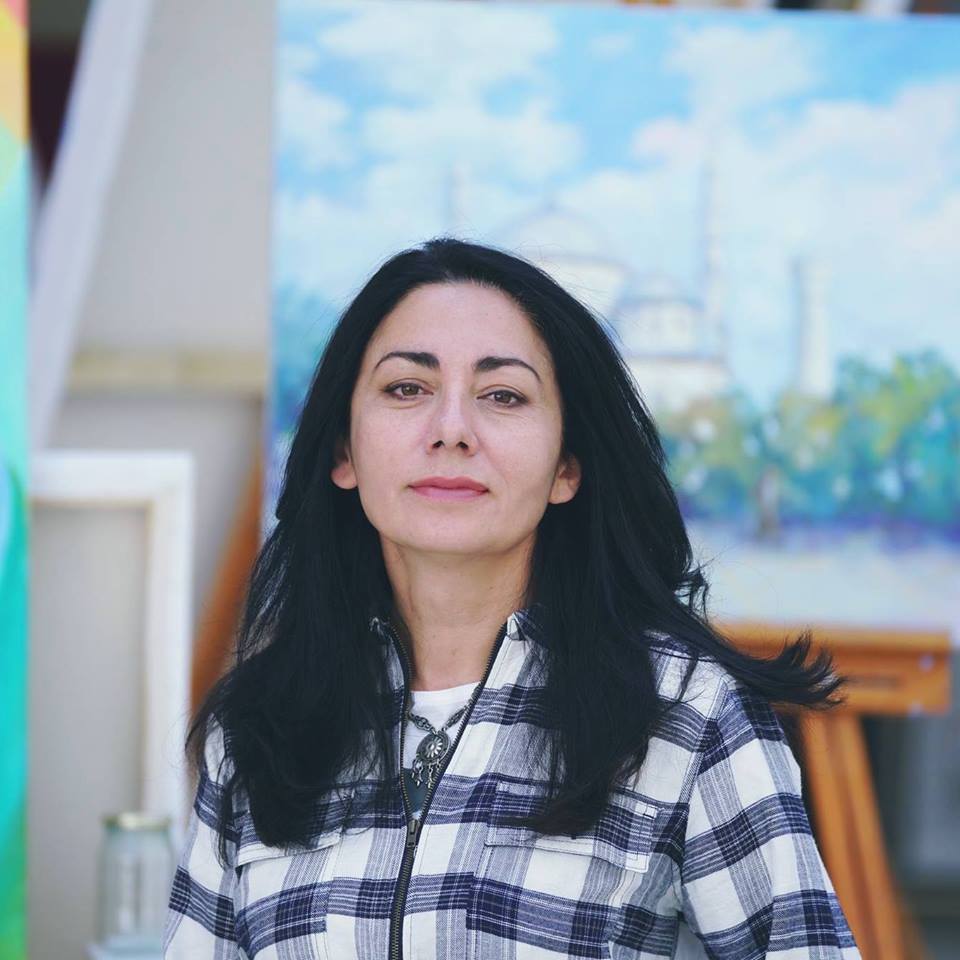