After leaving school, she entered a medical institute and graduated from it in 1975. She worked as a general practitioner.

In 1990 she, along with her family, returned to Crimea. In Bakhchisarai, Mafuze Mamutova worked as a general practitioner at a Bakhchisarai hospital.

Since childhood, Mafuze Mamutova was fond of embroidery. While working as a doctor, she got interested in knitting; she sometimes sewed things for herself.

In 2016 she did a course on traditional Crimean Tatar embroidery "Mykalama" in the youth center "Arslan" in Bakhchisarai.

In 2017 the craftswoman took part in the project "Arzy kyz", organized in the center "Arslan", as well as in the folk art exhibition in the Museum named after Gasprinsky in Bakhchisarai. In the same year, there was an exhibition at the Art Museum in Bakhchisarai, where Mafize Mamutova also presented her works.

At the moment, the craftswoman lives and works in the city of Bakhchisarai. 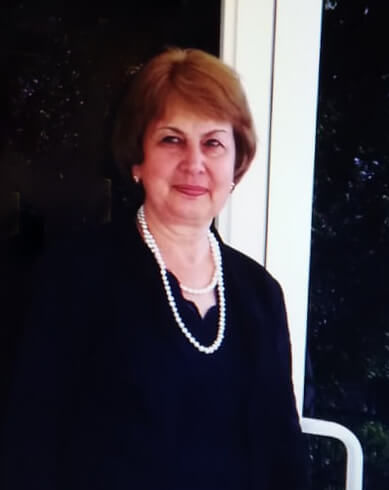